Professor Fran Platt has been appointed as the new Head of Department for Pharmacology at the University of Oxford. Fran took up her new post with effect from 1 June 2020 and will serve for an initial period of five years. 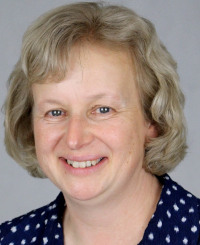 Fran has been with the University of Oxford since 1989, initially joining the Department of Biochemistry before moving to Pharmacology in 2006. Fran’s research group has a long-term interest in understanding and treating lysosomal storage diseases, a group of inherited metabolic diseases typically characterized by severe pathology in the brain, and her work spans basic cell biology, disease mechanism and therapy.

She is a Fellow of the Academy of Medical Sciences, the Society of Biology and Academia Europaea and a Trustee of the Gordon Research Conferences.

Fran has a particular interest in the development of early career scientists and is an active member of the Department’s Athena SWAN committee. She has also served for many years as a mentor for younger colleagues, both informally and formally via the Medical Sciences Division and the Royal Society.